Who is Gregory Ember? MAME trademark was sold? 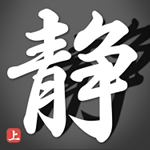 Re: Who is Gregory Ember? MAME trademark was sold?

As an organizational topic, the United States registered trademark for the term "MAME" was renewed by the MAME team for another ten years. It was due in late 2015 but it didn't get done until early 2017. Since the MAME team isn't actually incorporated as a non-profit organization or anything like that, it was requested by the MAME administrative board that the trademark be transferred to an active team member, and Nicola's been inactive for many years now. I'm American, it seemed like a good choice at the time. We were a bit late but got the trademark transferred in time for the anniversary in February. (We can't currently transfer this registered trademark to the MAME team itself in some fashion, but maybe someday that will change.)

Don't confuse "trademark" with "copyright". Copyright of everything in MAME remains with all past, present and future project members and external contributors, it's only the United States registered trademark which has changed.

Just FYI: This may result in more attempts at enforcement of the trademark against people and organizations using the term "MAME" in unsavory profit-generating capacities without permission. If we don't enforce it, we lose it.
- Stiletto

Re: Who is Gregory Ember? MAME trademark was sold?

You guys are going in the right direction, the MAME brand has to be protected!

Thank you for your reply!
Post Reply
3 posts •Page 1 of 1

Users browsing this forum: No registered users and 1 guest