Perhaps do you know who to contact to make a new hash of the rom file, so that the fixed rom works in mame?

Thank you very much.
Roberto Bazzano

Checked the new rom, the one-byte change makes sense, so it has been added.

Thanks for letting us know.

Thank you very much.
No, I'm not Roberto Lavarone, he wrote the source but he's another person.

And now a little bit of history...

When I manually dumped that eprom 40 years ago I wrote it on a piece of paper, then the original 2708 eprom was broken.
After many years I recreated the eprom starting from the written paper, but thanks to my bad writing skills

I never noticed that bug because it's very hard to happen: infact that is part of the error checking routine related to writing to cassette tape, but it can't almost never happen because it could be fired only in case of a hardware communication error between the CPU and the UART, and that's almost impossible.

Now I found a original listing of that eprom, so I noticed the bug. It's never too late... 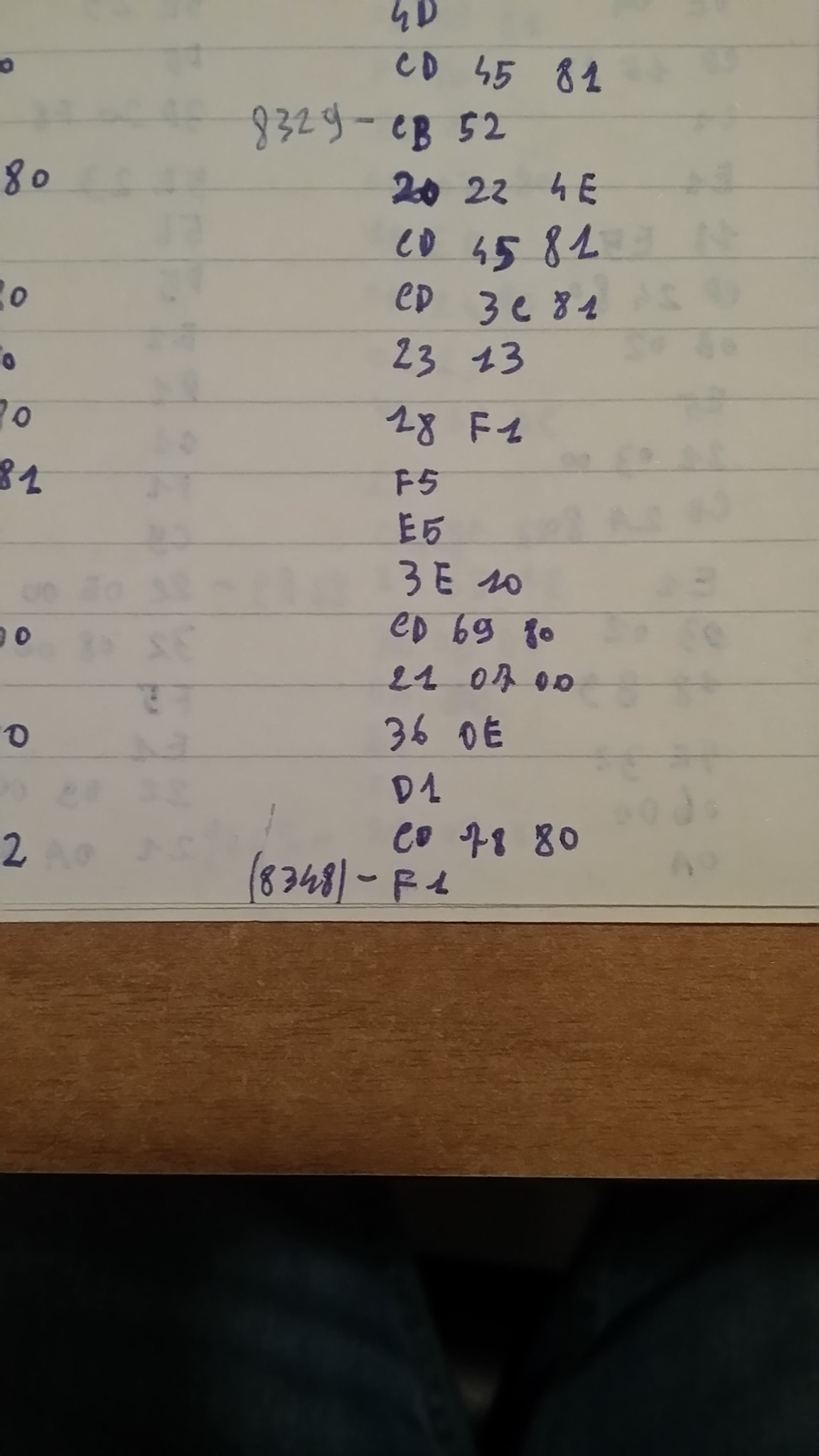