mame, it does not record well. 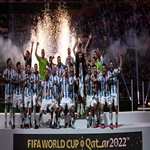 mame, it does not record well.

In version 0.228, when I save the game as an option in avi, it lags me a lot.
in inp, also, when I capture the game (example: bandicam, fraps, etc)
Is there an option that can be recorded without lag?
in windows 8.1 pro x64 ?.
I wait for answers.
greetings from Argentina

Re: mame, it does not record well.

I'd suggest first playing the game with recording your inputs (-record game.inp) then playback (-playback game.inp) while at the same time recording to an AVI (-aviwrite game.avi). Even if the AVI is recording slowly, it will be recorded at the game's target refresh rate so when you eventually play back the AVI file, it will at proper emulated speed. The act of recording to AVI takes much video and hard drive communication bandwidth and the resulting files are file and uncompressed AVI output (and taking lots of storage space) which need to be given a codec to compress.

You could do the same thing, but instead of recording and AVI which can be a huge storage, bandwidth and cpu issue and if you have the software to process it, you can record MNG video + WAV audio (-mngwrite game.mng, -wavwrite game.wav) - using your processing programs to stitch the two together into a finished product.

For a program which should work a lot better for general recording, I'd suggest using what most live streamers use - something called OBS (Open Broadcasting Software). You can set it up to record your window's content and it does so with a minimal amount of lag or slowdown.
https://obsproject.com/
Post Reply
2 posts • Page 1 of 1