I recently re-discovered a WORKING Super Micro hiding among my heirloom toys, with the full library of all three known games. After doing some research, I discovered that this system is pretty rare and does not seem to have been dumped yet.

I'm posting here to learn more about efforts to dump this system, and to share my limited findings so far.

I've already been inside it for some minor restoration work, and here is what I've found: 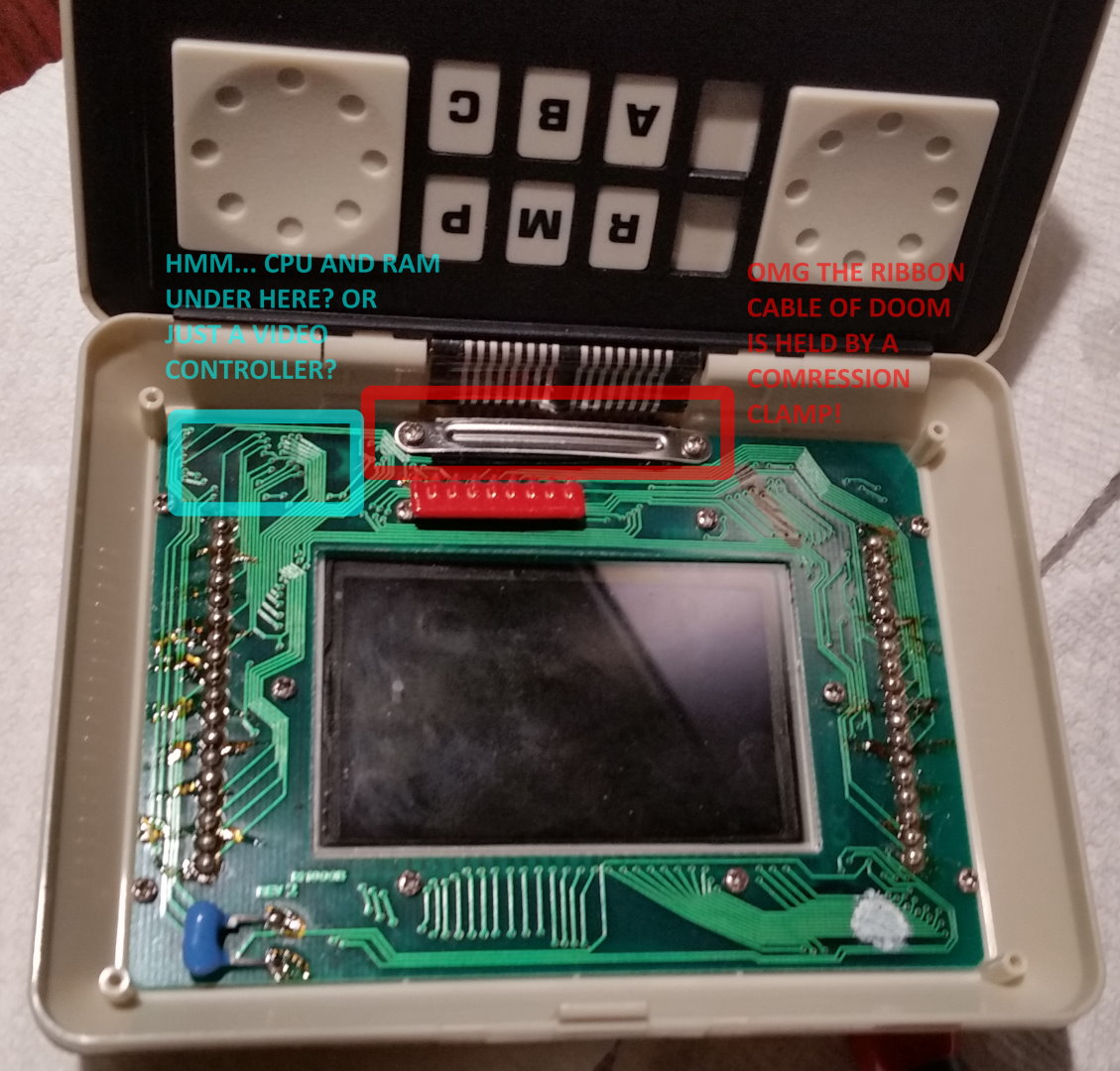 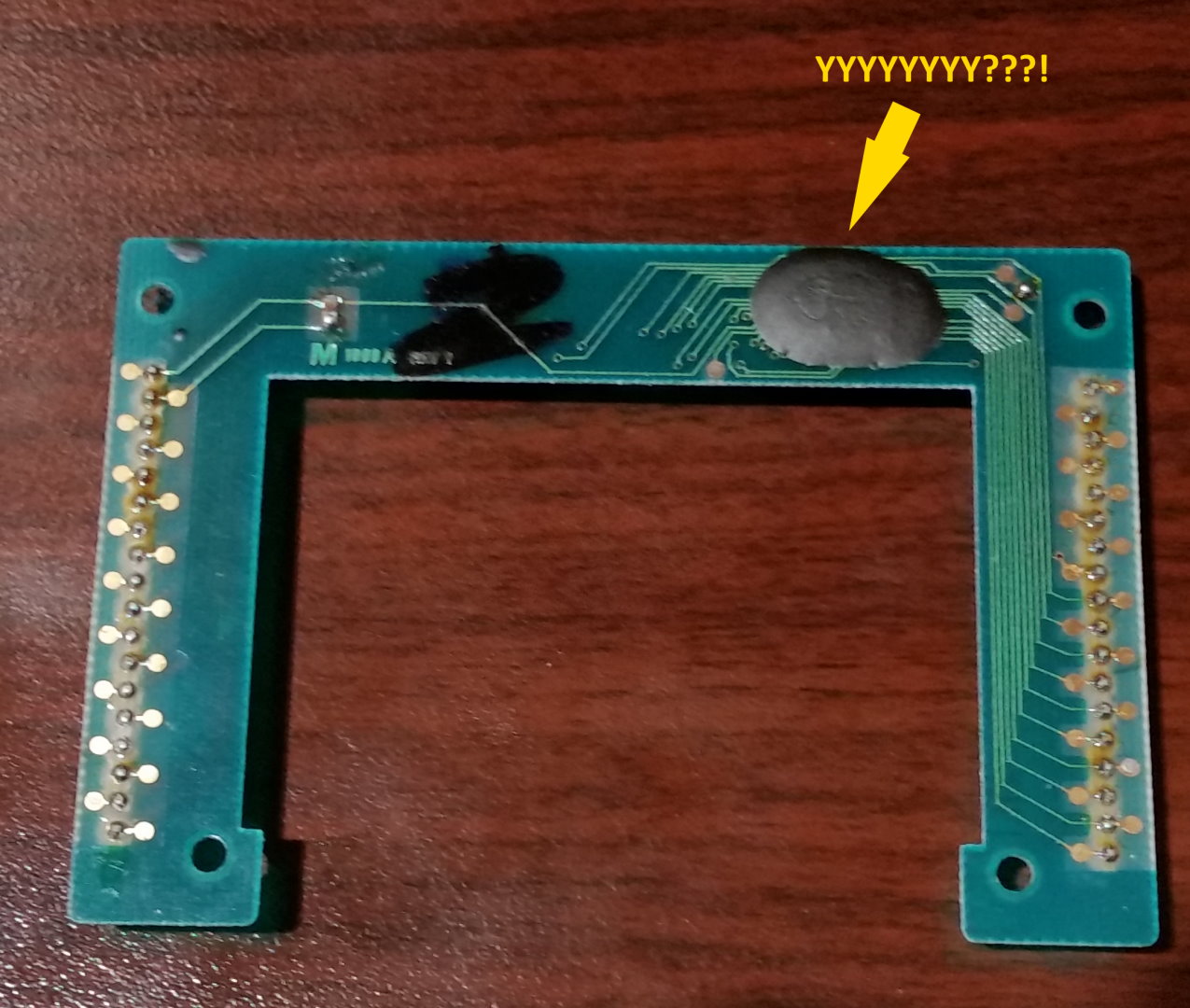 - The ROMs on the cartridges are encased in epoxy.
- The Wikipedia page (https://en.wikipedia.org/wiki/Palmtex_P ... ame_System) for this system states unsourced that the CPU, RAM, and LCD screen are all contained in the cartridge, However:
- I observe that the LCD screen is definitely contained in the console. Pertaining to the display, the cartridge only contains the graphical overlay (actually an underlay), and a prismatic light diffuser.
- I believe that the CPU and RAM may actually be in the console. Looking at the motherboard, I observe that there are two largish (relative to the system) ICs in the lower right corner. It could be something else like a display controller, though. They seem to also be encased in epoxy.

I cannot get at the reverse of the motherboard without significant risk of damaging the system, as there is a compression clamp holding the ribbon cable to the motherboard, and the clamp is mounted clear through to the case, making it impossible to remove the motherboard from the case without removing the clamp. The clamp seems to be exerting considerable force, as the motherboard is warped around the clamp area.

I've never dumped ROMs before, but I have enough experience with electronics (novice to intermediate) to understand the basic process. Specifically, I have in the past used an Arduino Duo to bang against an SRAM chip, so enumerating a ROM's contents should be similar and within my ability, I'd think.

Obviously with the epoxy situation, the ROM is not coming off of the PCB and going into a standard programmer unit. I'm thinking that the best hope here is if the CPU and RAM are indeed in the console, necessitating the exposure of the ROM lines on the cartridge interface. I'm concerned that if the CPU and RAM are indeed somehow part of that epoxied area of the cartridge, that there would be no reason for many of the ROM lines to even leave that neighborhood, making non-destructive dumping nearly impossible. I'm hopeful, though, because I seem to see traces going from the cartridge to the display, and from the cartridge to the IC area.

To try to discover more technical specifications, I've attempted to dig up the patent applications for this console, but was not successful.

I think I may be up against the edge of what I can discover on my own, so if some next steps can be suggested or I can be brought up to speed on other efforts to dump this system, it would be appreciated.
Post Reply
1 post • Page 1 of 1